Simon Anquetil (CTO AppHappening) explains why he loves StartupBus so much 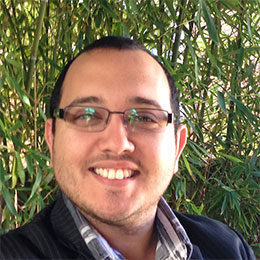 My journey with StartupBus began in 2010. I was sitting in a hotel room in Tampa, Florida the night before I left on a cruise with my then girlfriend, Caleigh. It had been a long time since I had taken a good holiday, so I was looking forward to the deserved break! While Caleigh was in the shower, I decided to go online and do some quick email followups. I knew I would be in serious trouble if I tried to do this during our holiday, so I thought it best to sneak in beforehand. While online, I also checked my Facebook. The top item in my newsfeed read something like this:

“So – apparently an idea that I had while drinking at the pub is being taken half seriously. Does anyone else think it’s a good idea to get a bus full of entrepreneurs to build businesses en route to SxSW from Silicon Valley”. This shout-out came from my old school friend, Elias Bizannes. I remember that moment, and I remember thinking that this could be something really great! I wrote to him, letting him know that I would be on holiday for a few days but that I would contact him on my return to Sydney.

Within less than two weeks, my software development Company – eStrategy Group – had become the first sponsor of the first StartupBus. I was proud to see our name up in lights with Atlassian – who are an inspiration to all Australian companies, but particularly those of us from the tech world.

I needn’t fill you in on the rest of the details! Years have passed, and StartupBus is now a large and well-respected institution in the startup scene. And I am pleased to be involved again with my current startup, AppHappening, being platinum sponsor for the Netherlands bus.

AppHappening competition for a final seat in the bus!

To strengthen our commitment to ensuring that the Netherlands bus has the finest selection of entrepreneurs (or AppGeniuses as we like to call them over at AppHappening), we are giving the general public one more shot to win an elusive seat on the Netherlands bus. We are running a competition at www.apphappening.com/competition to choose one more lucky person for the privilege of having an all-expenses paid trip. The opportunity to work with some of the best hackers, hustlers and creatives in the game on a “take-no-prisoners” 72hr journey where not only businesses will be built, but so will life-long connections and networks.

AppHappening Award and philosophy of an idea

Further, we will be awarding one lucky business with the AppHappening Award this year. This award includes a co-funding prize to be spent on developing your application on our unique platform AppHappening supports people who are great at their craft. And we are trying to build a community where anybody who has an idea for an app can find the support they need from the experts they need to have it built. We recognize above all that, while it’s great to have an idea, you also need the network and community to help make that idea a reality. So, for us, StartupBus was just another way of delivering our same business-as-usual model in a disruptive fashion. And we are looking forward to seeing the results.

So come on over to our website and have a read about how we are doing things a little differently. We want to be the one-stop-shop for people who have great ideas but need support to get them off the ground. And while you are there, please enter the competition so you can join us on the Netherlands bus of StartupBus Europe 2013.